House Hunters and the Human Fantasy 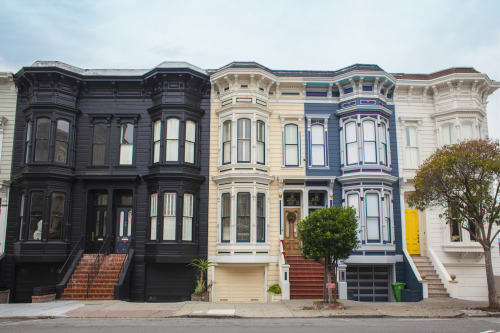 House Hunters and the Human Fantasy

If you have ever seen a few episodes of any version of the many House Hunters series, you will hear a number of the same lines repeated by almost every single person searching for a home, no matter their demographic, from Greenland to Texas. A deeper look could actually reveal how these seemingly inconsequential and impromptu comments are glimpses of an unconscious and apparently universal fantasy.

1. Every porch, balcony, and concrete slab prompts the automatic wide-eyed response: “I could just see myself sitting out here and drinking coffee in the morning!” I actually said the same thing about my home. How many times have I actually drunk coffee on the balcony? A grand total of once. In reality, I’m lucky to have time to even drink coffee at all in the morning, much less spend hours daydreaming on my balcony, coffee in hand, gazing at passersby below. I imagine that most home seekers have similar statistics when it comes to drinking coffee on the balcony.

2. Everyone is game for a project…until they get one. Inevitably, one person in the couple decides that s/he is up for some remodeling. Usually this person’s construction acumen is limited to changing a light bulb. However, with the right YouTube video, these future homeowners are totally and completely convinced that plumbing a bathroom and re-wiring the electrical system in a turn-of-the-century home is right up their alley. Well, the reality is that if the remodel doesn’t work out, TV has a solution for that as well. It’s called Love It or List It.

3. As soon as the camera pans to the kitchen, everyone becomes a chef and an entertainer. “I could see myself chopping vegetables in here and watching the kids play in the living room,” which is quickly followed by, “We could have our friends and family over and I could see everyone having fun while I cook in here and we could serve food and drinks over there!” The six-month follow up shows a bustling family racing to make peanut butter and jelly sandwiches for lunch just before shuffling out the door. Aside from the barbeque they had for the show to demonstrate that they have made new friends in the neighborhood, they’ve hosted no parties.

The reality is that these are fantasies that most people appear to be projecting onto the blank canvases of the homes they view. What they are saying is that they want more time to be present in their lives, they want to spend more time having fun with their friends and families, and they want to be the heroes/heroines of their own stories. I don’t think it’s a bad thing. The tragedy is that those fantasies appear to die as soon as they move their old baggage (or furniture) into the “new” home. Perhaps we might all find value in taking the time to sit on our balconies and have a cup of coffee, watch the kids play, or learn a new skill. I believe that our real power is not in our busy-ness and “doing,” but in our “being.” After all, years from now, you probably won’t remember that work document you wrote, but you and your friends and family will remember the time you spent being together. Be more, do less.